We physicians are understandably worried that the push to save money in health care will compromise the care of our patients. 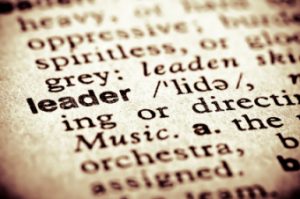 We have witnessed botched attempts to balance the health care budget on the backs of providers and patients: arbitrary reductions in length of stays, denial of payments for “unnecessary” procedures, capitation, etc.

A true story (the names have been changed to protect the guilty) serves as an example of an opportunity to increase quality and reduce health care costs.

I received a call last week from my cousin Cheryl, who lives in a suburb of Philadelphia. Cheryl has a neurological disorder that is exacerbated by stress. By the tone in her voice it was clear her health was at risk.

Her 50 year old husband, Ron, was admitted at 0200 on a Saturday to a local hospital after awakening with severe sub sternal chest pain described as “someone sitting of my chest”. Ron has a well documented history of GI reflux, but also has multiple risk factors for coronary disease.

Ron’s ECG was normal and his initial set of cardiac enzymes were normal. He was admitted to the hospital service of a cardiologist. Cheryl was calling at 1100. The cardiologist had not yet seen Ron. When Cheryl questioned the nurses about the expected time of his arrival, she was told that Dr. Jones had made his rounds already and would not be back until the next day.

Cheryl had, understandably, some important questions that she would have loved to ask the cardiologist. Did Ron have a heart attack? Did Ron have something else wrong with his heart? How serious was the present scenario? Should her 20 year old daughter take the train from her University in Maryland and miss her classes next week? Should Cheryl inform her chronically ill elderly mother of the situation? How long will Ron be incapacitated? Who would help her in his absence?

Dr. Jones showed up early Sunday morning. He was covering for several other cardiologists and had limited time to answer Cheryl’s questions. He did inform her that Ron did not have heart attack. He might have cardiac disease, however, and therefore could not go home until a stress test was performed. Since it was Sunday, the treadmill could not be performed until Monday morning.

Ron did have the treadmill performed on Monday (late in the afternoon; there were others waiting as well). The treadmill was normal and a GI consult was ordered. Ron had the sense to check himself out of the hospital rather that wait another day for the gastroenterologist.

I don’t claim to know the culture of cardiology throughout the country. I do know, however, that there is no hospital in the Seattle metropolitan area where this scenario would have occurred.

Because of effective physician leadership the cardiologists and ER physicians in our area have instituted chest pain observation units for just this sort of problem. If Ron was visiting me when this unfortunate incident occurred, he would have been admitted to a chest pain unit and, when the third set of enzymes came back negative, he would have had a diagnostic test and discharged within 24 hours. The family would have received appropriate answers and short term outpatient follow up.

The family would be happy to have their loved one home quickly, to have their anxieties addressed and resolved. His care in a chest pain observatory unit would not only have provided patient centric quality, but would have saved two days of unnecessary hospitalization costs. Multiply the thousand of dollars saved here by the number of times this kind of scenario occurs and fat, not muscle, disappears from the health care budget.

Physician leaders should be examining the way health care is delivered from a patient centered perspective. Influencing their colleagues to rethink outmoded physician centric behavior will require the mastery of leadership skills. The alternative is to let the lunatics continue to run the asylum.