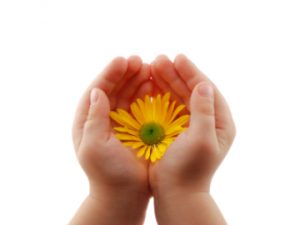 I have attended leadership courses and conferences, read many books on leadership and many biographies of people I admire as great leaders: George Washington, John Adams, Alexander Hamilton, Thomas Jefferson, Abraham Lincoln, Teddy Roosevelt, Winston Churchill and Martin Luther King. I have been privileged to hold leadership positions in my practice and in my community. While I have learned from all of these sources, I credit my children with teaching me the most about what it takes to lead..

My wife and I, both physicians, have been blessed with four wonderful children. (The woman just couldn’t keep her hands off of me). It seemed to us that if we could complete medical school and survive our training, raising children would be fairly easy. Gather the data, analyze it and act upon it. It took us a while to realize that being successful parents required a lot more EQ (emotional intelligence) than IQ. The same rule applies to leadership, EQ trumps IQ. Always.

A short parenting vignette and what it teaches about leadership

When our youngest returned from his first semester of college to inform us that he was joining a fraternity with a reputation that would put “Animal House” to shame, we were less than pleased. Our natural reaction was to immediately point out that 1) we weren’t paying tuition so he could party, 2) that living in a environment filled with distractions wasn’t the best idea for a kid with ADHD and 3) he was already struggling to pass his courses. Fortunately for him (and for us) his three older siblings had taught us to explore the reasons for his decision. We bit our tongues as he told us how his future brothers would make sure he was studying, how he would focus more on his classes if he could enjoy his time away more and how this move was going to save us money. Instead of reacting emotionally (NFW!), we told him we would think about it and let him know our decision the next day.

The two of us both agreed that while the decision wasn’t the stupidest one he had ever made, it certainly wasn’t a good one. We openly expressed our anxieties that for all the obvious reasons, the decision could be disastrous, but agreed that telling him he couldn’t join would not only make him want it more, but more, importantly, not allow him to learn to experience the consequences of a wrong decision. We were able to identify the long range goal: fostering a morally centered, independent, successful adult who contributes positively to his community, from our short term anxiety: watching our child flunk out of college. We worked out a proposal that focused on the long range goal while limiting (but not erasing) the short term consequences. We would let him join, but only for the rest of this year (two more trimesters). If his GPA didn’t improve, back to the dorm it would be. Our job, however, was not to mandate the parameters, but help him set them himself.

“So here’s the deal”, we informed him the next day, “We know that you are trying your best to stay in school and that this is a struggle for you. We admire your persistence. It sounds to us like you see joining the fraternity as an opportunity to do better in school. Could you tell us how you will be able to tell whether this decision is consistent with you goal?”

He thought about this for a while and surprised us with his proposal. If his GPA didn’t go up at least a half a point in ONE trimester, he would move back to the dorm.

A few weeks later while we were worrying how far his GPA would fall and whether he would stick to his agreement, we received a call from him telling us that he had made a mistake. He should have listened to our concerns about the fraternity. He wanted our OK to move out of the fraternity BEFORE the end of the trimester while he still had a chance of improving his GPA.

So what lessons did we learn from our previous parenting experience that helped us influence (read: lead) our son to make the right decision.

2. Parenting (leadership) is about optimism. It’s easy to get caught up with all the things that could go wrong when we enable others to decide. After all, who knows better than us how to do things right? But the more we can infuse others with the optimism that they can problem solve, the less likely they will fail and the more likely they will continue to succeed.

3. Parenting (leadership) is about trust. It’s a leap of faith to allow others to make critical decisions, to relinquish control. It’s hard work to establish and maintain trusting realtionships with others. But the work is worth the long term gains that trust accomplishes.

4. Parenting (leadership) is about controlling our amygdale (emotions) and empowering our cerebral cortex (reason). We process information that stimulates our amygdale. Others share information that is threatening or evokes fear (too often in a threatening or intimidating manner). Our mammalian amygdale based instinct is toward fight (respond in a hostile manner) or flee (ignore) the information. Effective parent (leaders) separate the message from its emotional context. In the above example, fro instance, through a time out. Decisions made while emotions are prevailing are seldom good ones.

5. Parenting (leadership) is about long term vision. It’s about keeping the focus on the ultimate goal rather than controlling the process. Sometimes allowing others to fail is more important than in solving their problems for them.

6. Parenting (leadership) is about accountability. It’s about holding ourselves and others accountable for our actions and thier results. If we adopt your plan, what will be the metrics of success, how and when and who will we measure them?

Effective parenting, like effective leadership, is a demanding, often emotionally draining task. I would argue that nothing, however, is more rewarding.